Pushed Out: Housing Displacement in an Unaffordable Region

Regional Plan Association released a study, Pushed Out: Housing Displacement in an Unaffordable Region, showing how rising housing costs and the growing popularity of walkable neighborhoods have put pressure on low-income residents. Often thought of as a problem confined to fast-changing New York City neighborhoods, the study reveals how displacement pressure has spread around the metropolitan region. There are nearly one million people at risk of future displacement, the study finds, affecting communities from New Brunswick, N.J., to Poughkeepsie, N.Y., to New Haven, Conn.

The report proposes a range of policies, including legal protections and broader rental subsidies, to prevent displacement. Recognizing that our affordability crisis can only be solved if the region builds enough new homes for a range of income levels, the report complements other RPA analysis arguing that housing production needs to be increased substantially to meet our housing needs.

Wealthier populations are replacing low- and moderate-income residents especially in communities that have good access to mass transit and jobs, the report finds. These accessible neighborhoods have seen an 11% increase in households making more than $100,000 since 2000, while households making less than $100,000 have declined by 2% in the same places.

The study also illustrates how rising housing costs have taken a particular toll on people of color, who represent two-thirds of the population in communities vulnerable to displacement.

"RPA's report powerfully maps the threat of displacement not only in New York City but across the region."
Joan Byron, Program Director, Neighborhoods First Fund 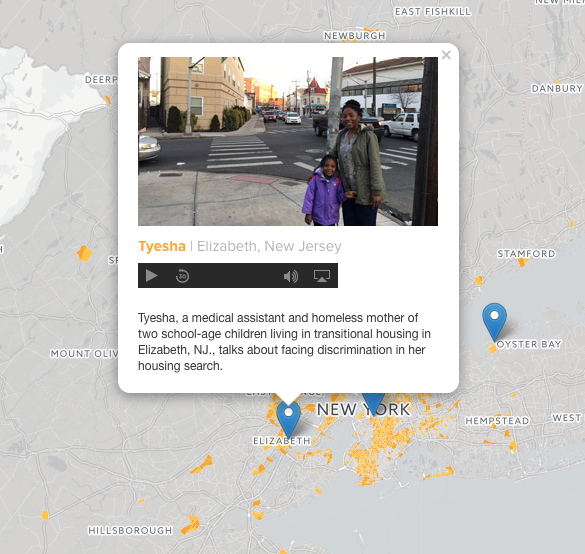 Listen to stories of residents from around the region who are feeling the effects of rising prices and are worried about being displaced.

Among the report’s key findings: