Compared to many global cities with exceptional subway stations, New York City falls woefully short. Its stations are stifling hot in the summer, become damp when it rains, and have poor air quality and deafening noise levels when trains enter and leave. Crowded platforms keep trains from moving through the stations quickly and pose hazards for passengers, who also struggle with confusing signage and a lack of information. In many stations, there is peeling paint and cracked tiles; rats scurry on the tracks looking for trash left behind by travelers. Fewer than one in five stations is accessible to people with disabilities.

While moving passengers from one place to another is the main function of the subway system, making sure customers are comfortable and safe as they enter the station from the street and wait for their train is an essential part of the service. There are a number of ways to improve the experience.

Only 82 out of 472 stations are accessible (or partially accessible) to those with physical disabilities. Being able to access the platforms from the street without needing to take stairs is important not only to those in wheelchairs, but also to the elderly and people with children in strollers who have no choice but to take the subway. The MTA currently has a waiver from the Americans with Disabilities Act allows it to get by with making only 100 key stations accessible. This is unacceptable, particularly as the population ages. The MTA should accelerate adding stair-free access to 10 to 15 stations annually, with a goal of reaching 100 percent access by the 2040s.

Thirty stations across the network are too small for the amount of pedestrian traffic they experience every day. Substantial investments are necessary to improve pedestrian flows and reduce congestion. These projects will be significant undertakings, costing on average hundreds of millions of dollars per station. But the return on “right-sizing” would include an increased capacity of the system beyond the station itself as a result of the improved speed and reliability of the trains traveling through.

In the longer term, like many metros around the world, stations could be rebuilt to separate the flows of pedestrian traffic going in opposite directions, thereby reducing congestion and improving throughput.

The extreme heat inside subway stations in the summertime—often well over 90 degrees—is not only unpleasant, it’s also a health hazard. There are a number of ways to mitigate this: 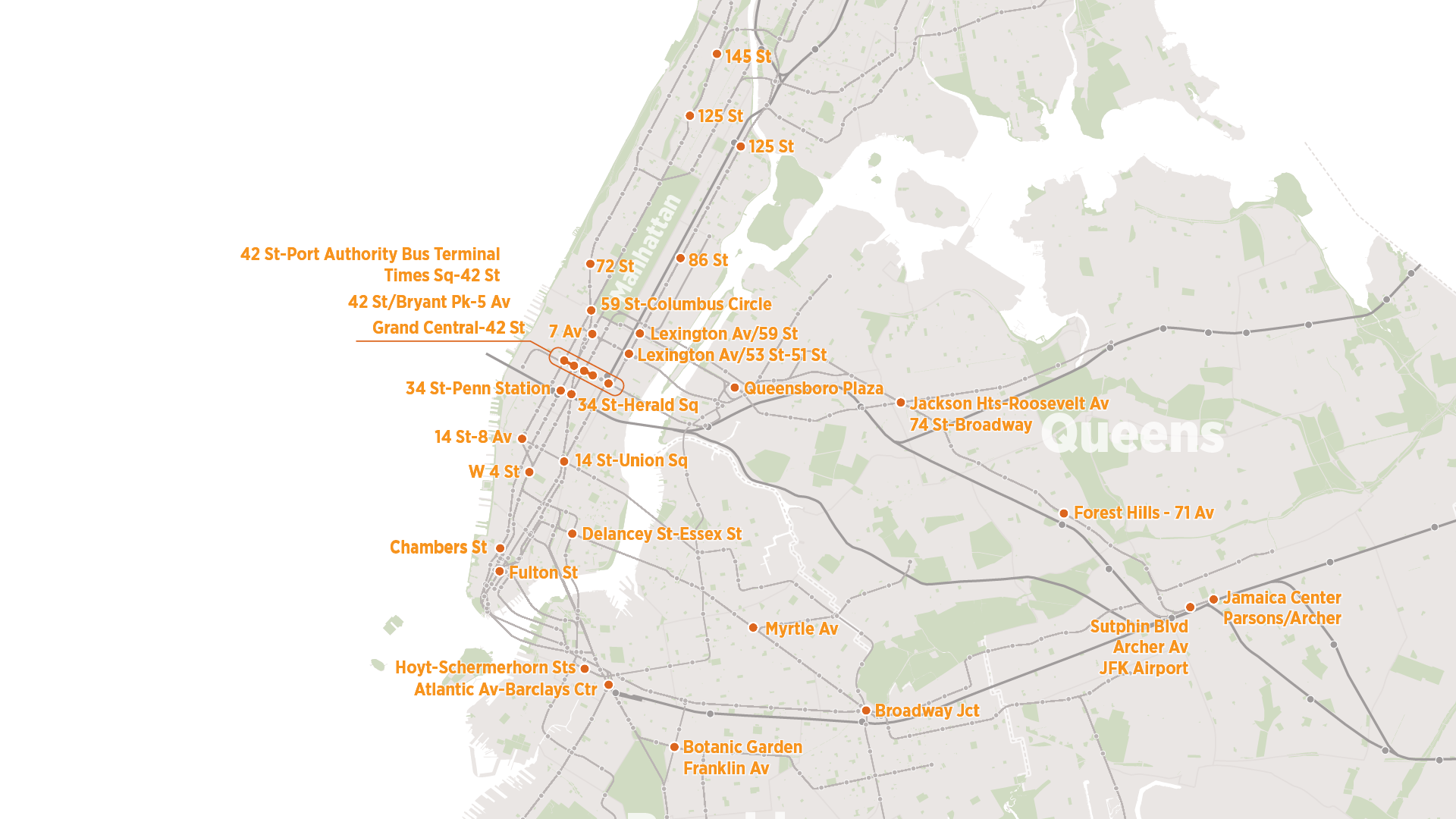 Thirty of the MTA’s 472 subway stations are too small for the pedestrian traffic they experience every day, and should be improved with bigger entrances, wider walkways, and redesigned platforms. Source: RPA

Although platform screen doors—glass and steel walls with doors placed between the tracks and the platform—can be very expensive and complicated to install, they would have a tremendously positive impact on the passenger experience.

Full-height platform screen doors would allow stations to be air conditioned (or heated in the wintertime), and would substantially reduce noise and passenger exposure to particulates. Altogether, they would radically improve the health of the station environment.

Even half-height platform screen doors would:

Breaching the plane between the street and subway stations underground would bring natural light and air into the subway system. It would also give transit a more visible presence at the street level. Unfortunately, over the last 10 years, subway stations were built very deep underground to avoid utilities and reduce surface disruptions during construction. Nevertheless, many existing stations could be daylighted, thanks in large part to pedestrianization efforts to widen sidewalks and create more public plazas throughout the city.

Bringing light and air into stations also opens up the possibility of installing green walls and other natural finishes to help cool and filter the air. Cities around the world are experimenting with bringing nature into man-made environments; New York City subways should explore similar interventions. 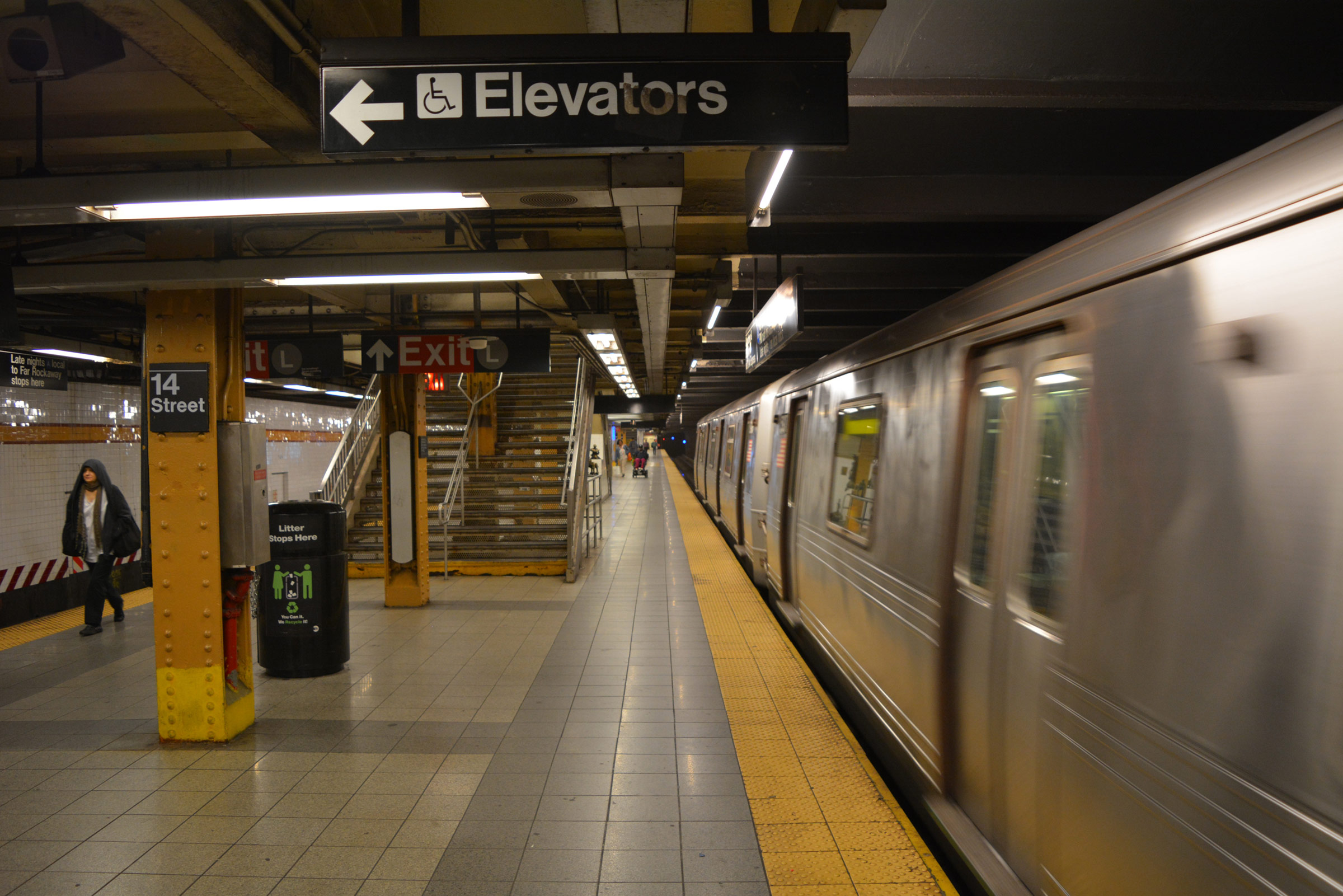 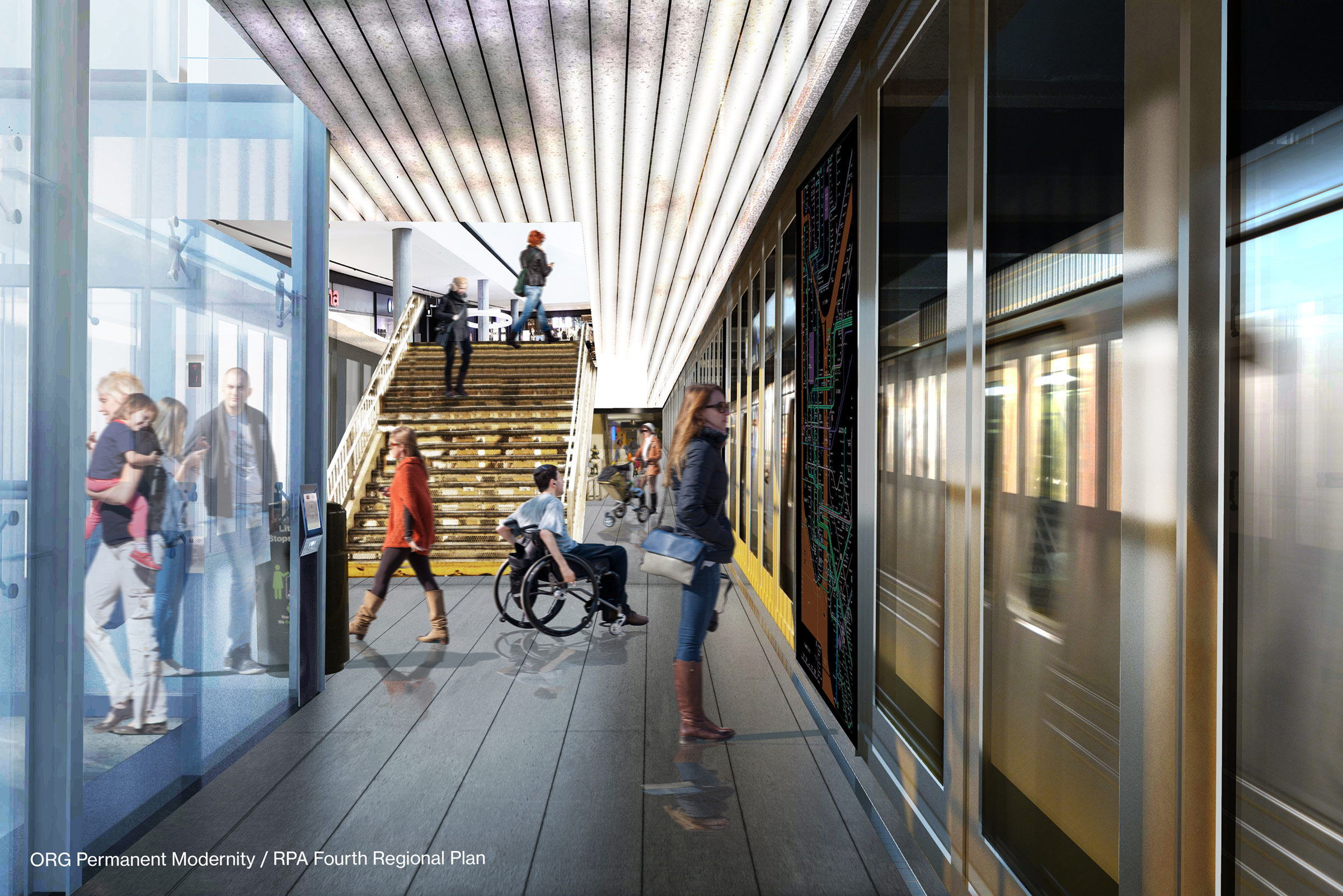 The subway system must be modernized over the next 15 years with modern signals, new fare payment systems, and better passenger amenities like platform doors. Strategic station expansions and line modifications can also reduce bottlenecks. Image: ORG Permanent Modernity for the Fourth Regional Plan

I’ve had a live cockroach drop from a subway station ceiling and crawl on my arm. The MTA should do a better job of keeping their stations in better condition!

These investments will make stations healthier and less crowded. The additional space and improved vertical circulation will increase the throughput of the subway and its reliability by reducing delays (dwell time at stations). It will make the subway accessible to the segment of our population that avoids it today, and allow it to continue to serve an aging population. Improving the environment of our stations will decrease medical costs over time by protecting riders’ hearing and respiratory systems, along with substantially reducing stress. Finally, improvements like platform screen doors will save lives, eliminating the 50 or so deaths per year caused by riders falling onto the tracks.

Improvements to the stations should be partially paid for by the local property owners who would benefit from the investments. This could be done through a value-capture mechanism—a property-tax surcharge for commercial land owners and new residents. Where Business Improvement Districts exist, resources could be leveraged to help improve and maintain underground spaces, as has been done with surrounding streets and public open spaces. Advertising as part of screen doors and other installations could also be a source of revenue.