Slow and unreliable rail service in the Northeast weakens the U.S. economy

The Amtrak line between Washington D.C. and Boston via New York City, known as the Northeast Corridor, is by far the busiest in the country. But, because of high ticket costs, slow speeds, and unpredictability in service, it is still barely competitive compared with driving and air travel. In fact, the NEC is far slower and less reliable than intercity train service in any other major region around the world.

Decades of underinvestment are largely to blame—as is Amtrak’s having to share the tracks with commuter railroads and freight trains. There are several major bottlenecks with insufficient capacity to accommodate all users. Fares are relatively high—unaffordable for many—as a result of Congress requiring Amtrak to be financially self-sufficient at the national level, and service on the NEC being used to subsidize routes with lower riderships in other parts of the country.

Both policy changes and physical investments will be required to create fast, reliable, and affordable service in the NEC

The Northeast Corridor, which extends from Virginia to Massachusetts, represents one-fifth of the U.S. economy. A functional intercity rail system would bolster the national economy and help keep the tri-state area economically competitive. But creating fast, reliable, and affordable service on the NEC will require both changes to the way Amtrak is governed and major investments in infrastructure over the next two decades. 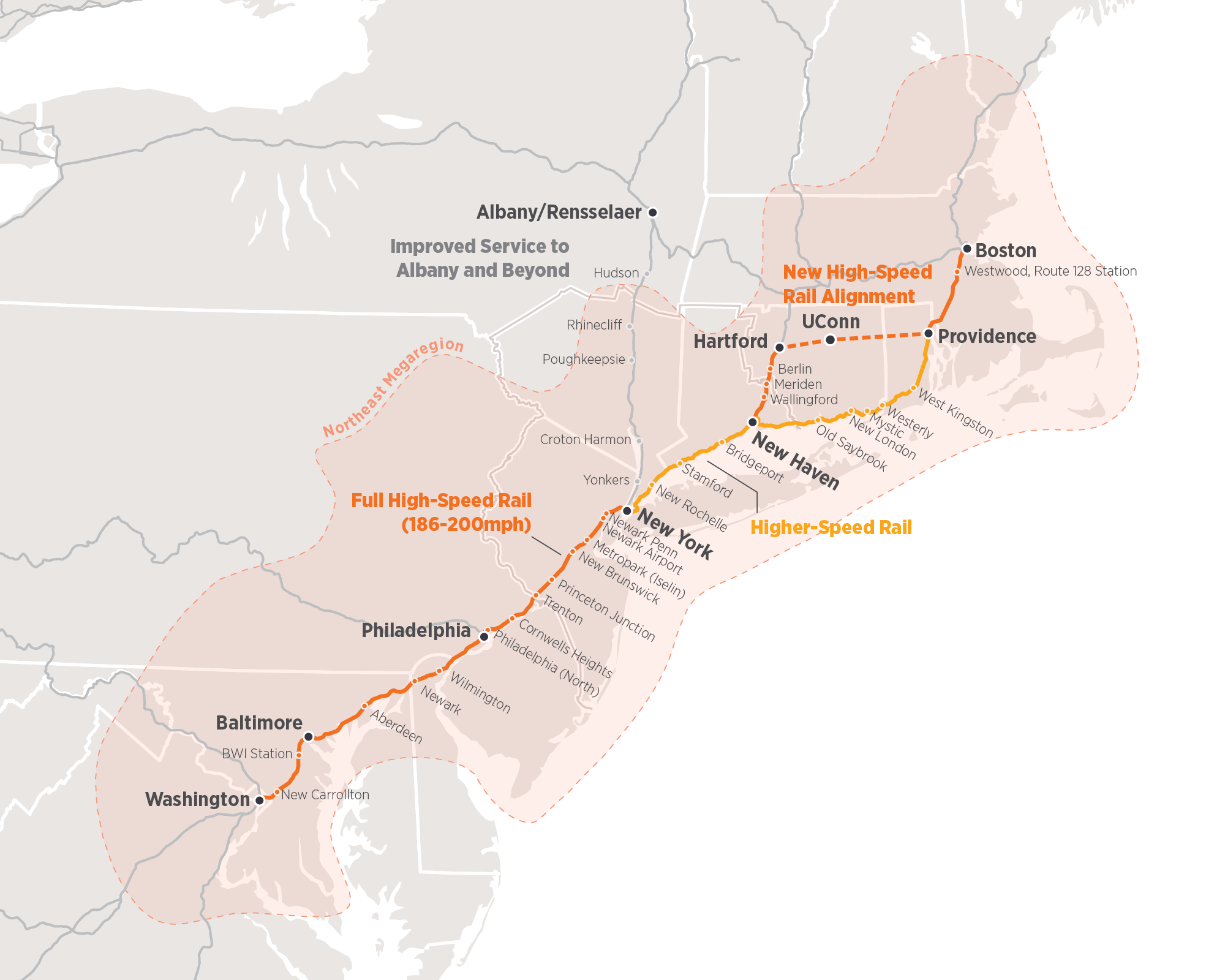 The proposed recommendations would dramatically transform intercity rail service, and result in the following outcomes:

Funding for NEC improvements would come from conventional sources such as federal grants and loans, and expanded local contributions—a mixture of track fees and passenger ticket surcharges. Additional funding/financing might be possible from public-private partnerships, with firms acquiring equity in the infrastructure as part of investing in modernization and capacity improvement, or as part of an operating concession. A return on investment is possible today due to the higher fares charged on the NEC.